From the Poetry Day Ireland event on Tara to The Castle Arch in Trim where Colum and Ben Sands were playing in aid of the MS Therapy Centre is a small enough journey I suppose and noting the fine poetry that was read, but the above two members of the Sands family are poets and then some. Looking them up on the Internet, I see they've played in some of the best venues in the world and after the above I think they're off to Germany. It really is ten out of ten stuff and if you get the chance to catch a performance,  wherever you are, take it. Scary how good. Eamonn, I think it was who did the intros remarked that he used to park his van up on the Hill of Tara so he could tune in Radio Ulster to listen to them. RTE might do well to put them on in concert some time. Anyway give them a listen over on youtube. Will load up a video next time!

Posted by Frank at 2:40 PM No comments: Links to this post

Made it up to Maguire's of Tara yesterday for the Poetry Day Ireland event which was organized by The Boyne Writers Group and what better place you might say, being the centre of it all. Caroline Carey Finn the chairperson of the group hosted the event and there were prizes handed out by Orla Fay for some of the best readings, with Michael Farry, Verona Pentony and Bridie Halton all getting token appreciations or small gifts for their contributions. Though everyone was great and it's a lovely spot for an open mic session. Other members of  The Meath Writers' Circle in attendance were Eugene Kane, Carmel Murray and myself. Thanks for the invitation guys. Afterwards it was on to Trim for a concert in The Castle Arch but more on that to come!
Posted by Frank at 2:01 PM No comments: Links to this post


I was given a copy of "The Yellow Bittern" yesterday by a former member of The Meath Writers' Circle who described it as a brilliant translation from the Gaelic by Thomas Mac Donagh who was a teacher in Cloughjordan, Co Tipperary and one of the signatories of the 1916 Proclamation. He also informed me that it is now banned from our school text books for health and safety reasons! And they all with smart phones!!! I might get back to "The Yellow Bittern" later but I'll let Liam give you his intro to the poem. No better man. There are other songs here as well. With thanks to T G Ciarán who loaded and youtube.
Posted by Frank at 2:15 PM No comments: Links to this post


The Boyne Writers are holding a "Poetry Day Ireland Event" in Maguire's of Tara on Thursday the 28th of April at 7pm and all are welcome to come along and listen or participate and read their own work or favourite poem. The theme for the night is, Revolution, whether that be artistic, social, personal, or whatever and should make for an interesting event!


Celtic Chique are an all girl group from County Longford in Ireland and are part of The Evolution Stage School. To date they have played in a number of countries and these girls can sing. Check out of Facebook or Youtube!
Posted by Frank at 12:42 PM No comments: Links to this post 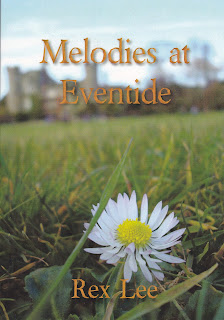 A native of Kells, County Meath, Rex Lee was born on the 23rd of May 1939 to what he describes as a prognosis that was, "not good". His coping skills though and the indomitable will of his mother and others in his life would ensure that whatever his limitations he would enjoy a life that was in no way ordinary and that with regard to academic achievement or business interest. Out of desperation; and from the foreword by Peter McKevitt, "was born the philosophy of physical and mental compensation: by finding a faculty for the one he lost or never had" and cerebral palsy would not deter him in any way. His journey through life has been one of many fine accomplishments and exploits; and his book, "Melodies at Eventide" chronicles that journey and the insights to and of those he met along the way. The book ends with a poem, "The Star of Abyssinia" which was published in, "Poets for Africa: anthology for famine relief", edited by Lynda Moran (Navan, 1986) and proves that Rex has a talent for the poetic as well as prose. Rex Lee holds an Arts Degree from UCD and a Master's in Film Studies. The book is published by The Manuscript Publishers.
Posted by Frank at 6:34 AM No comments: Links to this post 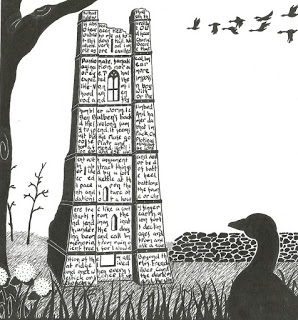 The 1916 issue of the Boyne Berries literary magazine has any number of interesting poems and indeed the intro by Orla Fay notes from the pieces submitted the recurring outline of the man who was Padraic Pearse and poses the question, "Who was this giant?". And I suppose it's a question that been asked and answered a good many times over the past hundred years but few reflect on that he seems to have written it up before it even happened, though Tom Dredge's poem, "Revolution 1916" notes his dream but laments its play out in the modern state, also noting Patrick Devaney's, "Easter Monday, 1916".  The poem about Francis Sheehy-Skeffington by Tim Dyer, "First Martyr" marks out someone who more than deserves a mention in any account of what happened and he was forgotten in many of the events and perhaps the poem puts that to rights in some way. "Epsom, 1913", by Clare McCotter borrows from the great poem by Yeats and helps to redress the balance in that women and their campaign for equal rights and such were written out both then and now. The performance of the night though surely must go to Órla Ní Shéaghdha, "The Boy Soldiers", and perhaps the most original if you're going to go for it at all was the humorous piece of prose writing by Caroline Carey Finn, "Lost in a Rising". Amanda Bell's "Remembrance" though short leaves you with a question at the end, "who are you?" I suppose no issue of Boyne Berries would be complete without a poem by Rory O' Sullivan and his talent for Gothic verse and in this instance, "Ashland" and also his cover design are to par as usual. Orla Fay in her editorial cautions against judging a poem on its first or even second reading and very good advice indeed and her own poem,"First Frost in the Park" remembers the boy who called, "Mother" and good that he's remembered. But cherry picking somewhere it has to be Sligo or Sligo and you'll have to purchase a copy to find out what those poems are. Boyne Berries link to the right!
Posted by Frank at 2:39 PM 4 comments: Links to this post


Rex Lee who recently launched his book, "Melodies at Eventide" was the guest reader at the April meeting of The Meath Writers' Circle in the Trim Castle Hotel. But more on that to come! At least eighteen people turned out and it was a chance to review everything from our recent launch to book sales. Poems, stories and a couple of fine songs and an event or two to be planned.

Posted by Frank at 5:22 AM No comments: Links to this post


Caoimhe Mooney sings, "Grace" which tells the story of Grace Gifford and Joseph Mary Plunkett and their wedding in the prison cell at Kilmainham on the night before his execution. Caoimhe is a member of the Evolution Stage School. This song was originally recorded by Jim McCann, I think, but this is a beautiful version. With thanks to the Evolution Stage School who loaded.
Posted by Frank at 1:46 PM 2 comments: Links to this post

The Boyne Writers Group launched their 1916 issue last night and some photos above. Tom French who recently won the Lawrence O' Shaughnessy award for poetry did the honours and Orla Fay who herself has been nominated for the Forward Prize is the editor. More info to follow when I get a read through. If you wish to purchase a copy, link to the right on blog, Boyne Berries.

Posted by Frank at 4:59 AM No comments: Links to this post