More information on this particular vintage if you click over on The Meath Books' Website. Link opposite! Meanwhile luxuriate as the heady aroma of a well chosen phrase, burnished as the golden sun, washes over you. Lord I'm losing the run of myself, now where's the key to the wine cellar? Fine poem!
Posted by Frank at 5:20 PM 5 comments:

James is a member of both The Meath Writers' Circle and The Boyne Writers' Group and has had a number of poems and other material published on the writing4all website. Worth checking out! Working on a second book at the moment, his first one had a title that went something like "Never argue with an Irishman when he's pointing a gun at you". James come back to me with that title?
Posted by Frank at 8:57 AM 2 comments:

If you were to ask most people in this part of the county for a verse or two with some connection to Meath you'd probably get "When the Yeos were in Dunshaughlin..." and it makes it into this collection. A gathering of poems that, to borrow from the editor, allows high art to rub shoulders with both folk song and popular street ballad. Or something along those lines. Though you could remark on a number of ballads or songs that didn't make it in, Dick Farrelly's "The Isle of Innisfree" or "The Old House" of Josef locke or John McCormack fame to name but two. The latter has a connection to Oldcastle though I'll probably end up being told it has no connection to Meath at all. The good thing about this book, and not only on the poems collected, in that it includes notes and biographical ones, but that it was badly needed. Having said that there are a number of writers and writer groups around the county that didn't make it in, and some fine poems there as well.. Tommy Murray makes it in with "Shanlothe" and Eamon Cooke with "Headford Place in May". The focus seems to be though, of others looking in on some aspect or other and that is necessary given the names and reputations, but a further volume maybe? This is one for your collection. Edited by Tom French and with an introduction by Patrick Duffy it is priced at €20 euro and a must! Now if someone would write a history of this place.

Photo: Book Cover.
Posted by Frank at 6:09 AM No comments:


Willie has been a member of The Meath Writers' Circle since about 2000 and this is his second video to be uploaded here. "What Matters Most" is further back. He has published one book of poems to date, "Sunflower" and hopefully, is working on the next!
Posted by Frank at 4:46 PM No comments: 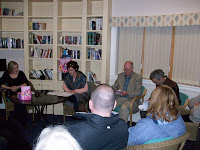 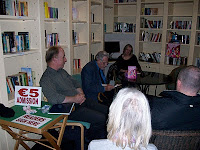 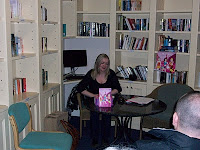 Grainne Toher was the featured reader at the "Boyne Writers' Open Mic Session" at the Knightsbridge Village Hall in Trim tonight. A native of Galway she read through a number of chapters from her novel "Comings and Goings" something she started to write while waiting for the signals to change while stuck on a train in Maynooth. A girl with a very pleasant reading voice, and style, the book deals with the relationships between a group of pals and as the title says their comings and goings. This would make very easy listening  if available in audio form or on the radio and something to consider. There is a huge market out there for novels like this. Other readers on the night proved to be very interesting also, with Caroline Finn taking us to a corner of the wild and woolly west, and one that Huckleberry never made it to. Is there a connection here? Michael Farry read his poem that was published in the Shop Magazine and maybe he'd put up some info about it on the site. James Linnane read a poem about his stay in hospital, and I hadn't heard it before, but he has a talent for recalling detail and putting it into verse while Paddy Smith finished off proceedings by informing us that he did not do poetry and then did just that. Good poem too! And that was just some of them!
Photos: Grainne Toher with copy of book, also some of the
other readers.
Posted by Frank at 3:22 PM 2 comments:

Paul has fun with this one. More poems over at writing4all. Video of "No Redemption Here" further back.
Posted by Frank at 4:30 PM 2 comments:


The Meath Writers' Circle held their monthly meeting in The Castle Hotel in Trim last night and I took the opportunity to record some videos. A number of others to follow. Sean here sings "My Lagan Love" and unaccompanied at that. Some good poems to come.
Posted by Frank at 4:16 PM 3 comments:

When the celtic tiger and others were on the prowl dragging their assurance behind them, I wrote a few poems on their progress, or the absence ﻿of anything of value, or should that be values! Anyway this was one of them.
A Knight's Tale
With chaptered verse
To course his veins
He quarried out his own demesne
Set off to find the Holy Grail
Then crept along the paper trails
And naked in his stirrup cups
He'd fleece you from the bottom up
And tilt upon the dotted lines
He lived in interesting times
And tiring of such daring deeds
Drew sustenance in other creeds
Such prospects as would tilt your hat
Noblesse oblige no less than that
Allowed such little licence pleased
Himself to charge
Professional fees. 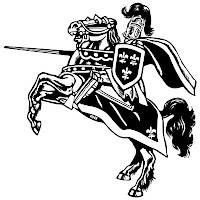 
Note: Graine Toher is the guest reader at The Knightsbridge Village Hall
in Trim (Boyne Readings) on Thursday the 18th of November.
Her latest novel is "Comings and Goings".
Posted by Frank at 5:15 PM 1 comment: 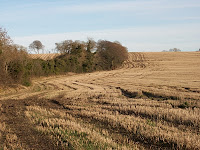 I can only remember one instance where someone I knew made a decision  that might have cost him a lot, but was the right thing to do at the time, something that seems to be peculiar to the individual, but alien to most other regards, maybe not all! There are some fine bodies out there, though  few and far between. Where expediency creeps in virtue creeps out! But I suspect most of us  would be found wanting in some sense and there are some choices you wouldn't want to make. Presented with an impossible choice, what would you do? The cinema has thrown up many examples of the chivalrous deed, or doing the right thing, some funny, some true, some very sad, some  refusing the offer, and you could probably make up your own list. Oskar backing the train out is a favourite. But to end on a lighter note, Mattie finding a drunken Marshal whose son didn't like him and whose wife had left him because he couldn't abide by the laws of decency so he took to robbing banks is as good as you'll get. Or maybe that's just the way I remember it. Chivalry yes!
Photo: Harvest fields near Tara.
Posted by Frank at 3:53 PM 6 comments: 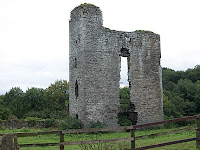 Prompted by an article on Orla Fay's website (link opposite) on the above topic, and a video posted on Michael Shiels "Sheriff from Navan" about a father and son; the question as to whether chivalry is dead would appear to be answered. At least in the broadest sense, "Chivalry is only a name for that general spirit or state of mind which disposes men to heroic actions, and keeps them conversant with all that is beautiful and sublime in the intelluctual and moral world". The above definition is not mine but from Wikipedia (The Broadstone-Stone of Honour~Kenelm Henelm Gigby) or I wish I'd said that! The page books of history though leave a lot to be desired, and there is little evidence of chivalry, though a code of honour or Esprit de corps , are in no short supply, hardly the same thing! The problem today is that any of the above would appear to be notable only by their absence. The keepers of the common good have reduced everything to the bottom line, but back to this at a later hour!
Photo: Old Watchtower? lismullen/Skryne.
Posted by Frank at 6:15 AM 2 comments: 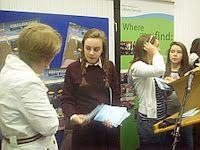 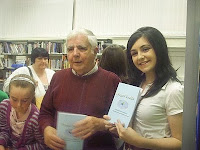 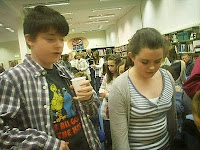 The Meath Junior Writers' Group has just published a book of poems and in time for Christmas as well, for anyone who might be interested in getting something a little different for their Christmas Stocking. Especially of use if you have any children in the house who might be thinking of writing a verse or two. This is the fourth in a series of books produced by the Junior Writers and as Tommy Murray remarks in the intro the quality of work is getting better with each passing year. There is a nice little piece here as well by Tom French of The Meath County Library, but I'll let you find that out for yourselves. The poems touch on every subject imaginable and are not all as upbeat as you might think, some with a little, or a "fair" old bit of humour thrown in. Deep Waters you might say! Copies of the book can be got from Tommy Murray, just click over on the "Meath Books" website (Link opposite) and leave a message. More details there as well!
Pictures courtesy of the "Meath Books" website.


Note: The Meath Writers' Circle are holding their monthly meeting in The Castle Hotel in Trim
on Tuesday the 16th of November. All welcome! 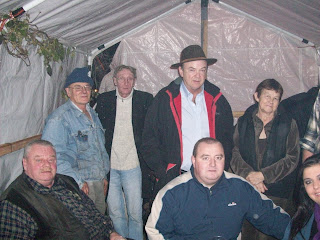 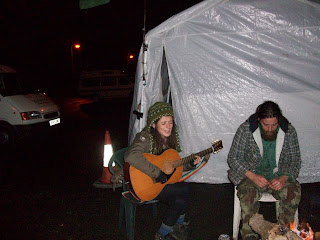 Kieran (Kiery) Murray of the Small Impact Creative Writers' Group in Navan launched his new poetry book, "Summer Solstice" on the Hill Of Tara on Saturday last, selling more than a few by all accounts. I picked up a copy a number weeks ago, but dropped in anyway, or that was the idea, and only a day late it was nevertheless an interesting visit. (I thought it was on both Saturday and Sunday night!). Kiery was an active member of the campaign against the routing of the M3 through the Tara/Skryne valley and many of the poems in this collection and his first book,"Vigil" reflect on these type of concerns. There are a number of poems here about individuals who have made a difference in one way or the other, and often at great cost, anyway the marque was still there and people were enjoying themselves and refreshments could be had in the form of hot soup. The girl outside on the guitar (Morag?) was doing a fine version of Richard Thompson's classic, "Beeswing" which as coincidence would have it was the last song I was listening to on youtube the night before. I first heard Christy Moore singing this and there are a fair old number of versions out there! The girl recommended Pixi on Myspace, said he puts his heart into it. Myself, I don't know, depends on the mood you're in. Have a listen, see what you think. All beautiful.
Richard Thompson
click here

Thanks to artists and the people who loaded up the songs.
Posted by Frank at 7:27 PM No comments: