The Road to Tara 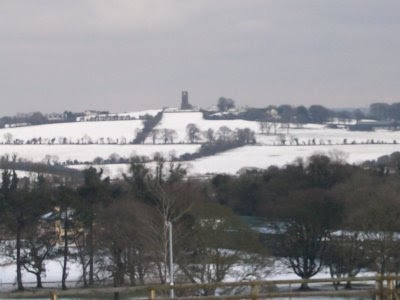 The Road to Tara.

William Bulfin cycling through Meath at the turn of the last century stopped on the railway bridge in Kilmessan to get his first view of Tara. He had come a long way. A native of Derrinlough in Co Offaly he returned to Ireland after seventeen years in the Argentine and set out on a journey that would take him to almost every corner of the Island. Plotting a course from Crúachain to Uisneach, he searched in vain for any reference to what he described as once one of the great capitals of the world and found none.

Battling through drovers herding cattle from the railway stations at Enfield and The Hill of Down he spent the night in Connell's Hotel in Trim before heading out for the Hill. On announcing that he was one of the first of an advance party of the Gael returning, they enquired of him if they would be all as wet and as hungry as he was. "Past the courthouse," they said, "Turn left, and out by Kilmessan across the Boyne." (William Bulfin: Rambles in Eirinn).

Looking back from the Hill he described Meath as a great forest, a tenantless expanse of grass from which man had banished himself and he lamented the absence of people. He held to a set of views that were not politically correct then and perhaps even less so now and if he failed to see the finer points of some or the shortcomings of others, he knew what he was standing on. His friend Arthur Griffith and others were instrumental in bringing to an end excavations by an evangelical group who believed The Ark of the Covenant was buried on the Hill. Who knows?

In the hundred years since Bulfin's been there Tara has hosted many visitors, the local volunteers assembled in 1916 , while there must be many in the surrounding parishes who remember the celebrations in '48 or '49, not forgetting the Pope's visit and waiting for helicopters that didn't come. Daniel O' Connell delivered a speech there before the famine which would make uncomfortable reading for the great and the good.

Approaching Tara today there is no shortage of signs, and if you read the small print some of them proclaim Meath to be the heritage capital of Ireland, and it is, but it is a heritage that is badly protected. Tara is perhaps the most important archaeological and historical site in Ireland and one of the most important in the world and to drive a motorway into that complex, when there are other alternatives, does not make sense.

Towns along the N3 should have been bypassed years ago, and for those caught in the gridlock of Navan or Dunshaughlin then I suspect that the motorway cannot come soon enough, but it is difficult to understand why the stretch between Skryne and Tara could not have been upgraded to accommodate everyone's interest. that the protest was left to academics or actors or what the media described as "tree huggers" is to nobody's credit.

The clamour though to move the road does not make sense either. Move it to where? Tara is a complex, and if you dig anywhere in its vicinity you are sure to unearth something. In truth the road should not have gone anywhere near Tara, not between the hills or around them. Too much of what identifies us as a people is tied up in those surroundings.

Note: Tara has been nominated for inclusion in UNESCO's tentative list of World Heritage Sites.

Photograph: Looking across the valley towards Skryne. February 2009. 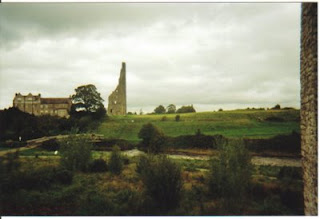 The sign on the doorway
Said refuge from pain
Step on into uncertainty
Escape from the rain.
The endless persuasion
Of what it all means
And the man playing soul
On the record machine.
And his voice reassures
As you stumble behind
Line following line
Blind leading the blind.
As you try to fit in
With the spirit of things
They cut to the chase
And the dealers move in.
And no matter how often
You figure the odds
When they cut to the chase
the profit was god.

Frank Murphy.
Photograph: The Yellow Steeple Trim Co. Meath
From across the Boyne.
Posted by Frank at 5:32 AM No comments: