This is a poem from James Linnane's most recent collection "The Potless Generation" and if you click on the link over to the right "Bookchat Corner" you can get more details of same. Yet to get my hands on a copy but hope to rectify that. any day soon. The above is a lovely poem and well worth a listen.
Posted by Frank at 6:14 AM No comments:

Labels: Boyne Readings/James Linnane, The Life And Times Of A "Gotcha" www.TAFpublishing.com, The Potless Generation by James Linnane

A Poem for a Sunday!

A Poem for a Sunday!

Dragged
Into its consequence
You couldn't be sure
The lee of a gate
Or the gable end
It was best to
Look sharp
Spit like.

How many angels
On the head of a pin
Or the leaves trembling
Let the hare sit.

Dram and scruple
To equal measure.

And enough rope
The length of a ponytail
Or a cloth yard long
Corner boys
Could see
Both ways.


Willie G. Hodgins here reads a poem about the river Blackwater, which flows from Lough Ramor in County Cavan through north County Meath until it joins the Boyne in Navan. One of a number of poems of his posted on this site and others being too numerous to mention. Willie is the chairman of the Meath Writers' Circle and I believe the local historical society as well and still finds time too put pen to paper.

Night of Poetry, Music and Song!


The Durkan family get together at Jack Quinn's of Scurlogstown last night was led off by the beautiful singing of Ciara and Margaret Geraghty who were followed by a number of others whose repertoire, if that's the  right word, included more than a few ballads and recitations I hadn't heard before. So have to chases them up. James Linnane was also there with his recently published book "The Potless Generation" and I believe a launch date for this is planned in the near future. Details of the book on "Bookchat Corner". Link to the right. Also in the crowd a member or two of the different writers' groups in the town. Margaret Geraghty's singing of "The Boys of Barr na Sráide" was followed soon after by a man reciting another of Sigerson Clifford's poems or at least I think it was one of his and there was a fine Ewan McColl ballad I've only heard once or twice. So off to youtube!

Labels: A night of poetry and song in Jack Quinn's of Scurlogstown. Easter Saturday 2014.


The testimonial booklet above includes a number of fine tributes to both Rosematy and Michael for their contributions over the years to both Scurlogstown and the wider community and last Sunday night in the Knightsbrook  Hotel Trim a crowd of over two hundred turned out for what was a night of entertainment with presentations by Richie Farrelly on  behalf of Rosemary and likewise Pat Farrelly on behalf of Michael. Rosemary sadly passed away before the event but she would have been delighted with the turnout and that the Kilmessan choir of which she was an avid supporter were there to perform some of her favourite numbers. The booklet also includes a number of other tributes as well including the last piece written by John Wiseman before he died and there are also tributes to both Larry Daly and Tommy Murray. The painting on the cover is by the well known Kilmessan artist Micheál Ó Brien and there is a very old photograph or image on the back of Stella's Cottage out at Laracor. The booklet is priced at €5 euro and I'm sure available from any member of the committee. One for the bookshelves! 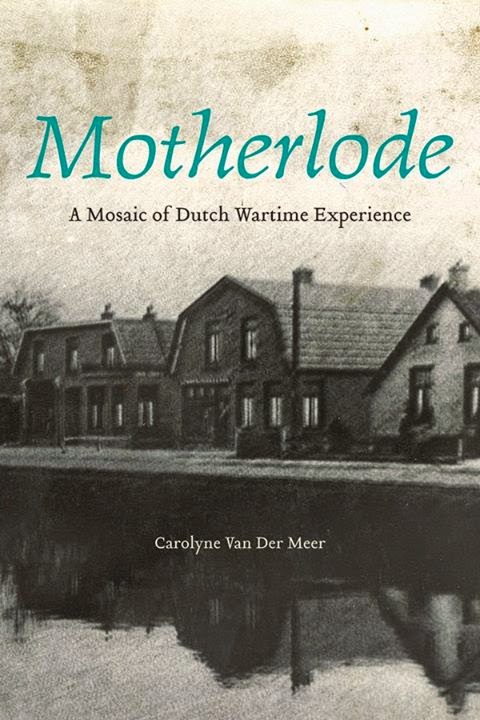 Just finished reading through Carolyne Van Der Meer's collection of poems and essays on life or childhood experience in the German occupied Netherlands during world war two. It is a selection that draws on both her mother's experience and a number of others as well and is more often than not a child's eye view on what it must have been like and one she captures so well. Difficult to put down once you start reading and one poem or essay leads effortlessly to the next and explores just about every avenue or slant and while it is a journey through other people's memories it is also something of a going home. Interesting end piece on the complexity of belonging and while they say you can never go back and there's a poem or two out there on that...well we always do. Beautifully produced, information on the book from the Wilfred Laurier University Press.
www.wlupress.wlu.ca and available I would say from any good bookstore.
Also direct from Gazelle Book Services: tel 0044 (0) 1524 68765
Email: sales@gazellebooks.co.uk priced at £16.99 sterling. ISBN 978-1-77112-005-0


Here is James Byrne reading his poem "Vision" at The Navan Shamrock Festival on Friday the 14th of March. Gemma Macey did a take on this a little further back and there are a number of other  videos by James on the blog and worth a listen.
Posted by Frank at 6:48 AM No comments:

About thirteen people turned out for the April meeting of The Meath Writers' Circle last Thursday night with more than a few stories and poems read and some discussion on where to from here or what the next project should be. Nothing decided as yet for the group, though one member is compiling and gathering poems for a launch planned later in September of this year. Congratulations to James Linnane who has a book of poems already on sale and details of this can be found if you click on the link over on the right."Bookchat Corner". The book is titled "The Potless Generation" and sounds just about right for the times we live in. Yet to get my hands on a copy! Also to pick up a copy of  "Boyne Berries 15" and have started to read my way into "Motherlode" by Carolyne Van Der Meer. available from all good bookshops as they say and published by the Wilfred Laurier University Press. Link at www.wlupress.wlu.ca and beautifully produced with photographs included. Will get back to all above in some order.
Posted by Frank at 6:10 AM No comments:


Here's an interesting one I came across on the "Emerging Writer Blog" and free it seems in this age of austerity. Responses are invited for the above poem by Dylan Thomas in poetry or prose-poem, prose, diary form, letter form etc, A limit of five poems and details to be had if you go to www.dylandowntheups.org.uk. The closing date is midnight on Sunday the 27th of April and the postal address is Dylan Down The Ups, 5 Cwmdonkin Drive Uplands Swansea SA 2 ORA, Wales UK, for those who are so inclined! And hard copy looks so much better. Word attachments for electronic submissions with all info at above link. Details also on the Emerging Writer Blog link to the left. Good luck and with thanks to spoken verse for loading.
Posted by Frank at 5:14 AM No comments: